The protagonist is a D-Class with the designation D-9341, newly recruited into the facility, who is scheduled for testing with SCP-173, along with 2 other D-Class. However, during this test, the facility experienced a massive power failure, resulting in most of the present Class-D personnel and guards being killed, with the exception of the D-9341.

Another D-Class is found inside SCP-106's containment chamber, designated as a Lure Subject in the Recall Protocol. He's found laying on a large contraption, which is powered by a hydraulic pump to crush his femur. Once the recall procedure is initiated, SCP-106 will abduct the Lure Subject after a short period of waiting.

Since update 0.6.4, all of the D-Class personnel were changed to have a more realistic look to their body and actually move a lot more humanly. Before they were still, until their animation started.

There are 3 D-Class in-game (excluding the player), 2 in the intro sequence, and 1 in SCP-106's containment chamber.

Class D personnel are expendable personnel used to handle extremely hazardous anomalies and aren't allowed to come into contact with Class A or Class B personnel. Class D personnel are typically drawn worldwide from the ranks of prison inmates convicted of violent crimes, especially those on death row. In times of duress, Protocol 12 may be enacted, which allows recruitment from other sources — such as political prisoners, refugee populations, and other civilian sources — that can be transferred into Foundation custody under plausibly deniable circumstances. Class D personnel are to be given regular mandatory psychiatric evaluations and are to be administered an amnestic of at least Class B strength or terminated at the end of the month at the discretion of on-site security and medical staff. In the event of a catastrophic site-related incident, Class D personnel are to be terminated immediately except as deemed necessary by on-site security personnel.

After the button is pressed 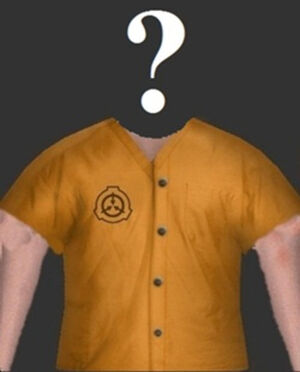 D-9341, the main protagonist and player character, is a D-Class personnel who escapes during the intro sequence. The player then wanders the facility attempting to evade hostile SCPs and escape the facility. Nothing is known about D-9341, except that they have been assigned to testing with SCP-173. Their past and why they were selected to become a Class-D personnel is currently unknown. The player has been described as a normal individual with no special powers or unique abilities, except time manipulation through saving and loading. However, D-9341 is further explained in Gate A's bad ending if they contain 106.

Absolutely nothing is known about D-9341's past other than the fact that his name has been speculated to be Benjamin Oliver Walker, a senior researcher at the foundation before their memories were wiped (citation needed) and they were demoted to D-class for doing unauthorized research on an anomalous phenomenon known as "The Spiral Gestalt". After being escorted to Euclid classified SCP-173's containment chamber to do some tests on it with another pair of D classes, a power outage ultimately led to a huge containment breach among the facility. Fitted with nothing but an orange prisoner jumpsuit, D-9341 is forced to navigate their way through the Foundation with dozens of inhumanly dangerous anomalies hunting them down.

D-9341 is the player-controlled character in SCP: Containment Breach. The player is extremely vulnerable as most SCPs will kill them instantaneously, but they can survive getting shot at by the MTF. If the player is shot, they will start losing blood, and eventually die if a first aid kit is not used. The severity of the injuries depends on where the player is shot, but headshots will kill them instantly. Throughout the facility, the player faces many hazards, with the most prominent being SCP-173 and SCP-106. The player must evade these hazards through knowledge of the SCPs and quick thinking.

The player blinks regularly, a process which will be sped up by smoke, which has the same appearance as the gas used in the D-9341's chamber if he refuses to co-operate with the Guard. The player can sprint, depleting their stamina, which will regenerate slowly over time. The player may also interact with some parts of the facility and pick up items. The player may also be processed through SCP-914 to gain inverted controls or super speed, though often at the eventual cost of death. This can be prevented by using the console command "God" or "Godmode", but the screen will shake occasionally and then to the point of unplayability. The effect can be disabled by using the command "Sanic".

The player when in front of SCP-012

Very early Class-D model. The textures were misaligned which caused the "Robotic" Class-D to exist. 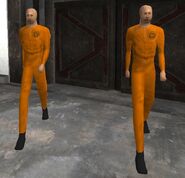 The placeholder Class-Ds, with a new texture (Saying 'CLASS D PLACEHOLDER' on the back) and smaller (Or maybe you're bigger) model. 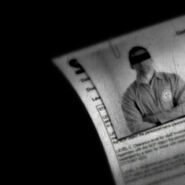 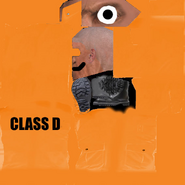 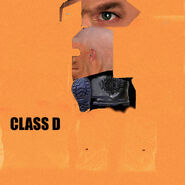 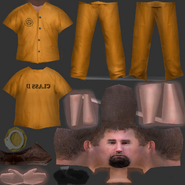 Texture for presumably D-9341,and is the texture of the D-Class seen by SCP-173's chamber.
Community content is available under CC-BY-SA unless otherwise noted.
Advertisement