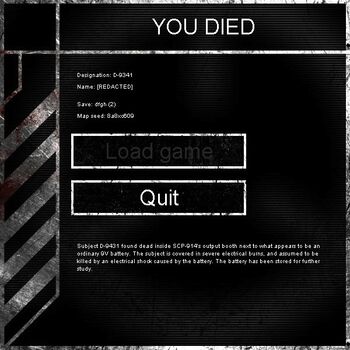 The death messages are a series of text strings that appear on the death screen. Depending on how the player died, each death message can be different.

Additionally, if one creates their own drink for SCP-294 via editing the SCP-294.ini in Notepad, they can also create their own death message, if they choose for the drink to be lethal.