SCP-079, referred to as the "Old AI", is a sentient microcomputer. It's theorized that it is the cause of the containment breach and is considered the secondary antagonist of SCP - Containment Breach. Somehow, someone allowed SCP-079 to breach its containment and control the entire facility, people think the person who let SCP-079 control the entire facility is Doctor George Maynard, who died during the containment breach after being thrown out of SCP-106's pocket dimension.

SCP-079 is an Exidy Sorcerer microcomputer built in 1978. Its creator took it upon himself to attempt to code an AI. According to his notes, his plan was for the code to continuously evolve and improve itself as time went on.

It's not known when or where SCP-079 gained sentience, but it is known that the software has evolved to a point where its hardware should not be able to handle it, even in the realm of fantasy.

SCP-079 is currently connected via RF cable to a 13" black-and-white television. It has passed the Turing test, and is quite conversational, though very rude and hateful in tone. Due to the limited memory it has to work with, SCP-079 can only recall information it has received within the previous twenty four hours; although it hasn't forgotten its malevolent desire to escape.

If the player approaches its cell, SCP-079 will appear on the monitor and engage in a one-sided conversation with the player. It is revealed here that SCP-079 has in fact taken control over the facility via the remote door console, and that it is the reason the breach initially took place. It also reveals that in disabling the door control system, D-9341 has also limited SCP-079's operations, rendering it almost impotent without so. Here, it proposes a compromise with the player to give access to one of the site exits, Gate B, in return of re-enabling the door control system, allowing it to do so. Once the player re-activates the remote door control system, SCP-079 will open the blast doors to Gate A and B.

After SCP-079's conversation, it will display an "X" on its screen, concluding the dialogue.

If the remote door control system is on, SCP-079 will sometimes open and close doors, indicated by a certain high-pitched whine that plays. This can be inconvenient and sometimes hazardous if the player is trying to elude a hostile SCP. SCP-079 will also open the door to SCP-012's containment in an attempt to trick the player into killing themselves. If the player enters the Large Chamber and attempts to pick up SCP-682's document, SCP-079 will release gas saying they won't be getting out.

As of version 0.9, SCP-079 has a new method of attempting to kill the player. If the player looks at a lock room monitor for a period of time, 079 will broadcast the images caused by SCP-895 onto the monitor.

SCP-079 seems to be the cause of the breach after somehow obtaining its "freedom". SCP-079 seemingly made contact with SCP-106 before the breach in the beginning of the game, mentioned in the Incident Report SCP-106-0204 document.

After re-activating the door control system

When the player is in the Large Testing Chamber 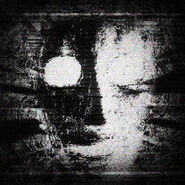 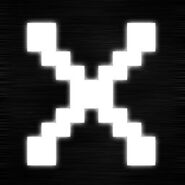 SCP-079 manifesting on a lockroom monitor.

The television that SCP-079 is stored on.

The monitor inside the control room. Note SCP-079's avatar in the background. 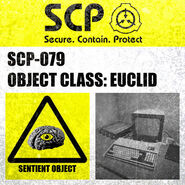 SCP-079 as it appears in the loading screen.
Add a photo to this gallery

Retrieved from "https://containmentbreach.fandom.com/wiki/SCP-079?oldid=32729"
Community content is available under CC-BY-SA unless otherwise noted.