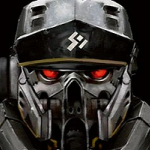 No one must know who is part of the Corporation.

The Corporation doesn't exist, this is the only thing you must know.

No one can stop us, nor The Chaos Insurgery much less the Foundation, we have access to unlimited power, not the SCP, but something different, something powerful enough to change the whole of humanity. It took centuries to develop, millions of people to test it. If it is true that the end justifies the means, then no one can object to what we have done. We control everything and everyone, from the most insignificant to the person who believes they have more power. We have the means to destroy the whole of humanity or save them from the fate of death and destruction. [2]We'll bring humanity to a new stage of

evolution, the weak perish, the strongest will survive. No more sickness, no more war, no more pain, just a world controlled by us.

Anyone prevent our ascent will be converted to our vision. The fear will be canceled, anything that might cause side effects such as the SCP will be deleted with our weapon.

Join the Darkwood Corporation and became one of us!

March, 22 The subject this morning showed an increase in muscle mass, following administration of the agent K98-9078, was also found an increase of aggressivity. Should be administered to the patient 5 ml of H9-43 to increase the brain capacity.

Dr. Huch noted that the subject during the various tests the subject showed an amazing ability to adapt.

If the results proceed in this way, we could start with the project J-709

The subject is dead, any other test should be suspended for the time being.

After months, we finally created the *G/&%=; our plan still work...

We have a problem, some intruders stole our Project DM-372

At this point our plan can't stop, I'm forced to release it, when it has finished, we could finally reveal to the world ...

Retrieved from "https://containmentbreach.fandom.com/wiki/User:DarkDead?oldid=10815"
Community content is available under CC-BY-SA unless otherwise noted.